Massey make an appearance at the Motor Transport Awards

We were honoured to have been invited to the Motor Transport Awards earlier this month, where long-standing customer, Travis Perkins, was not only shortlisted for a Livery of the Year Award, but won!

We were exceptionally proud because the truck featuring the winning livery was one of our own – a 32T Keyline builders merchant vehicle with an alloy framed quadruple dropside body and rear-mount Hiab 158B-2 Hi-Duo crane with Kinshofer KM331 brick grab. 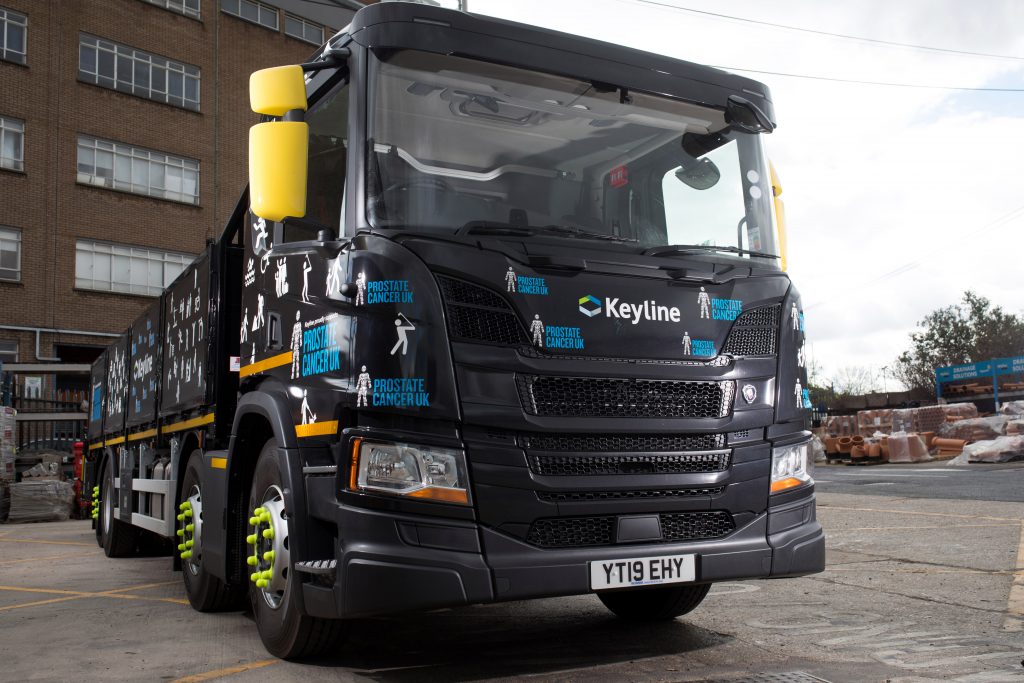 The winning truck was one of several vehicles designed as part of a ‘Living Livery’ campaign series, featuring full body and cab livery designed to raise awareness for charities and causes such as Mind, the Alzheimer’s Society and Prostate Cancer. The project saw drivers trained as ambassadors for each cause, helping to spread the word further.

Massey Trucks have worked with Travis for over 27 years and in that time have built over two and a half thousand bodies for their fleet. We were delighted to hear of their Living Livery project and were honoured to be involved in this great cause.

It has been an honour to see our trucks be part of such a worthwhile mission and to see a Massey body featured at the Motor Transport Awards. A huge congratulations to Travis on their win; we look forward to being part of more fantastic campaigns in the future.